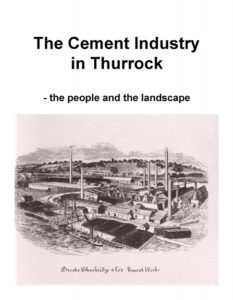 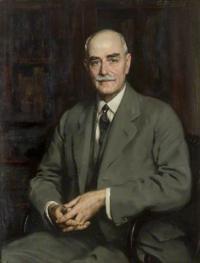 For many residents of Grays, their memory of the town is buildings covered in grey dust from the local cement industry. The cement industry was an important part of the local economy from the middle of 19th century. The Brooks family brought the industry to Grays and their company provided local employment (under a variety of names) for many years. A prominent member of the family was Herbert Edmund Brooks.

He was born in 1860, the son of Edmund Brooks and Ann Marsh. His father, was a Quaker, and philanthropist who was active in Liberal party politics as well as causes such as the anti-slavery movement and famine relief. In 1871 Edmund Brooks founded the family cement company in Grays. This eventually amalgamated with other companies to form the Associated Portland Cement Manufacturers Ltd.

Herbert Brooks worked in the family business rising to become a director of the Associated Portland Cement company. He was also a director of other major companies such as the P&O shipping line. In 1913, he visited India on behalf of the cement company to investigate the possibility of establishing a cement works there. Brooks selected a suitable site, but the plans for this venture had to be put on hold as a result of the outbreak of the First World War.

He was prominent in local affairs as a JP and as the deputy Lieutenant of Essex. His many other public offices included Chairman of the Grays Urban District Council and Chairman of the Essex County Council. He remained a county alderman until his death.

Brooks was interested in the local history of the area and in 1883, when a denehole was discovered in a company chalk pit, he made a plan of it and invited the Essex Field club to view it. In 1928 he published William Palmer and his School, a history of what is now Palmer’s College. Notes of his research are stored in the Thurrock Library as the Brooks papers, extracts from which have been published in Panorama – the Journal of the Thurrock Local History Society.

Herbert Brooks lived for about 40 years in Stifford Lodge which had been bought by his father Edmund Brooks. There had been a house on this site since the 14th century. Although much altered, the house inhabited by Brooks dated back to the 18th century when it was rebuilt by Jasper Kingsman. Herbert Brooks died at the Lodge in March 1931. After his death, his widow lived there for a short while. It was used as a military hospital during the 2nd world war and was subsequently sold becoming the Stifford Lodge Hotel.

In January 1932, following his death, a memorial to him was unveiled by another local landowner, Champion Branfill Russell, in Stifford church. Later in the year, on the 26th November, Grays Town Council approved the plans for the HE Brooks memorial garden at the top of Orsett Road, which opened in 1933. The garden is still there and now also contains a holocaust memorial. A portrait of Brooks hangs in a committee room at County Hall.

There is more information about the Brooks family (particularly his brothers Alfred and Basil) on the Laindon and District Community Archive.