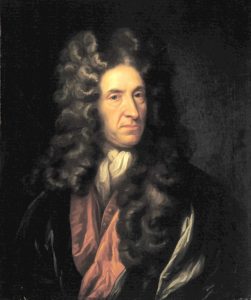 Victorian Freemasonry and the Building of Tilbury Docks is a new book about Tilbury.

The book will be

launched on 8th July at the TRAAC building, Ferry Road, Tilbury at 2.30 pm. It is the story of how and why the Tilbury Docks were built and how seven of those most closely concerned with its construction were freemasons who founded a new lodge. But while the docks were being built, they became involved in a dispute which brought the mighty East & West India Docks Company to its knees and eventually lead to the formation of the Port of London Authority.

There will be a short talk by Richard Burrell, the author, who will also sign copies of the book. The cover price is £12.99 but you can buy a copy on the day at a discount.

Entry is free  and refreshments will be provided.

On Monday 4th November, Jonathan Catton (Thurrock’s Heritage Officer) gave a talk at the Thameside Theatre on the history of Tilbury Town. He started with a late 18th century map showing an empty marshland landscape. The 19th century saw the arrival of the railway and the building of the docks a few years later. He moved rapidly though the 20th century, finishing with the power station which was closed earlier this year.

The talk was lavishly illustrated with objects (such as the Tilbury bell), ephemera (nostalgic ads from the local newspapers) and old photographs (including another outing for the famous “Tilbury Scrubbers”). He included a couple of Items from the Tilbury and Chadwell Memories web site (www.tilburyandchadwellmemories.org.uk).

There was an large audience, mainly members of the Local History Society but with a number of visitors as well. In addition to Jonathan’s talk, there was also a showing of the video: Tilbury – The Story behind the Roads which gives a lot of background information about the origin of the street names in Tilbury and which can be viewed on the Memories web site or YouTube.

Several audience members had recently been trained to provide guided walks in Tilbury. There were a lot of gems for them to include the next time they are leading a party around what Ed Morrow described as “the mean streets of Tilbury”.