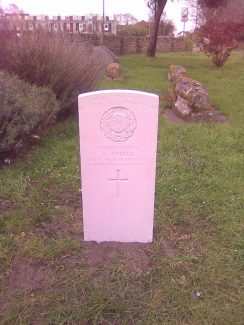 Thurrock is currently in the process of cleaning and refurbishing all the memorials to the Great War in Thurrock. This process will be completed by 4th August – the day which will mark the 100th anniversary of the entry of Great Britain in to the Great War.

Work on the Peace Memorial in Tilbury has recently been completed and the results unveiled at the begining of May. Photographs of the refurbishment and its results can be seen on the Tilbury and Chadwell Memories site – The Tilbury War Memorial

The focus of the 4th August event will be a Great War open day at Tilbury Fort. The day will start with a short remembrance service that will recognise the sacrifice made by 883 Thurrock soldiers, and many others.

Thurrock Local History Society will be attending the event and would like to collect stories about people who served in the war and to see pictures medals, plaques, certificates, newspaper cuttings, postcards, or other memorabilia.

Meet us at Tilbury Fort on 4th August or if you can’t be there, e-mail: GreatWar@thurrock-history.org.uk

On 17th January, 2014, Jonathan Catton, Thurrock’s Heritage and Museum Officer, spoke to the Local History Society about Thurrock’s plans for commemorating the 100 years since the 1914 – 1918 Great War. Jonathan explained that Thurrock had long been an area connected with the defence of the realm. The Royal Gunpowder Magazines at Purfleet were part of a military garrison with a musketry range on the Rainham marshes to test the quality of the powder. Tilbury Fort, apart from the defence of the Thames, was a mobilisation store; the parade ground was full of storage sheds. The Royal Engineers set up searchlights at Coalhouse Fort for illuminating against river attacks by night. Kynochs Munitions Factory near Corringham was extremely busy employing hundreds of women as well as men. Wages were high because it was dangerous to work with explosives. While the home front was being organised there was great enthusiasm to join up and take part in the war “that would be over by Christmas”. Soon the enthusiasm changed to alarm as the mounting casualties proved that the war would be a series of long and hard-fought battles.

To mark the centenary, there will be a display of exhibits relating to the war which will be on show in the Thameside Museum in Grays for the duration of the 5 years. The Grays and Tilbury Gazette of that era, gives detailed information on the preparations, the recruitment, the casualties and the progress of the war. There is also an on-going project to keep alive the memory of all the courageous people from the area by collecting reminiscences and mementos from family members, including

• Stories about relatives in the war;
• Pictures from the period;
• Medals, plaques, certificates, newspaper cuttings, postcards, or other memorabilia;
• Information about people who appear on a local war (or peace) memorial.

Some photos and memories have already been posted on the Great War section of the Tilbury and Chadwell memories web site – http://www.tilburyandchadwellmemories.org.uk/category/the_great_war